SEOUL, South Korea--(뉴스와이어) 2019년 12월 05일 -- The precision medicine and biotechnology company Macrogen (Chairman Jung-Sun Seo, www.macrogen.com) (KOSDAQ: 038290) announced on Dec 5 that the result of its Asian genome analysis, which has been performed through GenomeAsia 100K Initiative, an international consortium, was covered on the front page on the latest Nature (article titled The GenomeAsia 100K Project enables genetic discoveries across Asia).

The GenomeAsia 100K Initiative is a non-profit international consortium and has conducted a mass research project in order to analyze the genome data of 100,000 Asians since 2016. Participating organizations include: Macrogen (Korea) and the Seoul National University Bundang Hospital (SNUBH)’s Precision Medicine Center (Korea), the Nanyang Technological University (NTU) (Singapore), MedGenome, a genome analysis company (India) and Genentech, a subsidiary of the Roche Group (USA). Professor Jeong-Sun Seo, Chairman of Macrogen and Distinguished Professor of SNUBH so, and Professor Stephan Schuster of NTU together have led the research team as joint principal investigators.

The Asian genome analysis ran by the GenomeAsia 100K Initiative covers total 219 ethnic groups from 64 countries. This is particularly important since out of all the Asian reference panels compiled worldwide so far, it includes the largest numbers of Asian regions and races. This means that researchers will be able to construct and utilize Asian reference panels, instead of traditional European reference panels, in the research for Asian specific illness. Thus, great contribution into development of Asian specific precision medicine will be expected.

The study found that the genetic diversity of the approximately 142 ethnic groups living in Asia was far greater than what was found in previous studies. On the basis of this study, it was also recognized that the Asian ethnic groups differed in terms of their response to key drugs. For example, while some patients respond well to the anticoagulant Warfarin, which is usually prescribed to patients suffering from cardiovascular disease, other patients with certain genetic mutations could experience adverse drug reactions such as allergic responses. The research showed that Warfarin sensitivity is more likely in individuals from Korea, China, Japan, and Mongolia, as well as other persons of North Asian descent.

The Consortium collected genome data from Northern Mongolian tribes to isolated tribes on small islands in Indonesia and used this data to successfully analyze the origins of different Asian races and to build genome data. The results of the project are highly significant in that they lay the foundation for diagnostics and therapy tailored not only to Asians but also to races all over the world that have inherited Asian genetic characteristics.

Macrogen plans to use the database that it acquired through the project to develop its own Direct-to-Consumer genetic testing service. This service will reflect different racial characteristics and supply related data worldwide through Macrogen’s affiliated overseas corporations and branches.

A new ‘Global Clinical Genome Supermarket (GCGS)’ will be developed as a service intended for use primarily by medical professionals. The GCGS will provide different diagnostic services specific to each county and race, and will include clinical diagnostics and therapies tailored to Asians. Macrogen intends to target the global clinical diagnostics market in earnest.

Macrogen Chairman and Professor Jeong-Sun Seo of SNUBH, who served as a leading principal investigator for the research, commented, “The more Asian genome data we have, the better we will be able to analyze whether Asians are at a greater risk of certain diseases, and whether they are more responsive to certain drugs. We plan to successfully complete Asian genome big data for 100,000 individuals, spurring research in and outside Korea on disease and drug genes in Asians. We will take the lead in laying the foundations for precision medicine tailored to Asians.”

NTU Professor Stephan C. Schuster, the consortium’s scientific chairman and a co-leader of the study, explained the significance of GenomeAsia 100K’s initial findings on the vast genomic diversity in Asia: “To put it into context, imagine we looked at all people of European and based on the level of their genetic diversity, observed that they could all be grouped into just one ancestral lineage or population. Now, if we took that same approach with our new data from people of Asian, then based on the much higher levels of genetic diversity observed we would say that there are 10 different ancestral groups or lineages in Asia.‘GenomeAsia 100K’ is a significant and far-reaching project that will affect the well-being and health of Asians worldwide.”

Dr Andrew Peterson, Chief Scientific Officer at MedGenome and an author of the paper and an expert in the use of genetics to drive drug discovery, said “Genetic variance is the reason we are distinctively different from each other including differences in the diseases that each of us suffer from during our lifetimes. Understanding these differences is the most important source of clues that we have for driving the discovery of innovative new medicines.” 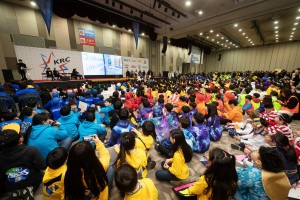